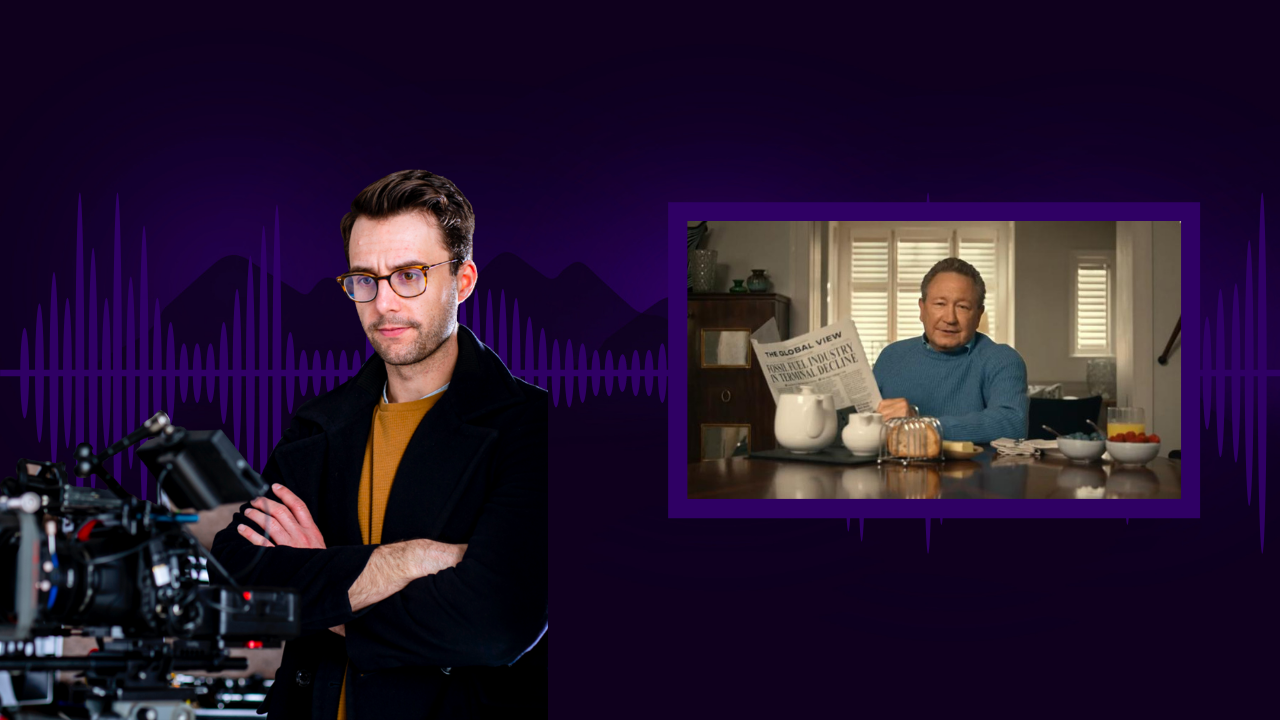 You might have seen the latest green hydrogen ad campaign released by Andrew Forrest in the media recently. It’s an interesting one! So interesting in fact, that ABC’s ‘WA Country Hour’ called Dear Storyteller GM Mike Drysdale to talk about it.

It’s not often that a well known billionaire deliberately releases an ad campaign that positions themselves as the villain. It was a bold, subversive strategy by Mr. Forrest and his team, but also one we have to say, he kind of pulled off.

The Interview with Mike

Mike’s interview starts at the 20 minute mark, here’s what he had to say:

“I think Andrew is playing this in a really interesting way. There seems to be a bit of reverse psychology going on here. “

“He’s made some really deliberate choices in this video to not come across as a Greeny. I think that he wants the target audience to believe that this is a cold hearted financially motivated decision.”

“When you look at the way they’ve made this particular ad too, with the music, with Andrew’s delivery, his slow calculated movements, even the lavish setting and things surrounding him. He’s not humbling himself in this video. He’s chosen to position himself as the antagonist, the villain almost.”

“And he’s challenging the viewer. He’s speaking to a very specific worldview which is this very achievement oriented, financially motivated, capitalist minded person, someone with a hyper competitive outlook.”

“And because of that I think this might make a lot of people scratch their heads. But maybe, it will speak to a small percentage of very important people in this debate. This could be the bull fighter waving the red flag. And maybe they’ll play the part of the bull and charge it.”

“What I think is really interesting about the strategy here is that Andrew’s not asking individuals to turn their appliances off. He’s putting this squarely at the feet of his competitors and fellow high net worth individuals.”

“There are multiple possible outcomes with a campaign like this. Perhaps his competitors do step up to the plate, follow him into this space and create a better future. On the other-hand, perhaps there’s just a halo effect from the general public thinking, wow Andrew’s really going for this.”

Want to see for yourself? Take a look at the spot here: