How do you make the concept of volunteering aspirational for young people? Overcoming the associations the word had built up overtime was never going to be easy. Even during the research, our team found that key collaborators we were hoping to bring onto the project didn’t think of themselves as volunteers.

Take Oliver McDonald, co-owner of Oli Clothing. Not only had Oli Clothing raised $36,000 for the Lord Mayor’s relief fund during the bushfires in 2020, but Oliver himself regularly spoke at schools, encouraging kids around non-traditional career pathways. Despite all of this, he’d never considered what he was doing to be volunteering.

In response, we knew we had to tell a simple story, one that was relatable and met the audience on their terms. We had to tap into this pre-existing trait that our audience had of wanting to make positive change and gradually reintegrate and associate that feeling with volunteering. Enter Oli Clothing, who volunteered their time once again to develop merchandise, branding and a style guide for the newly formed VWA Volunteer Society.

We documented the process and told Oli’s story, further connecting the two brands and establishing rapport with our audience. 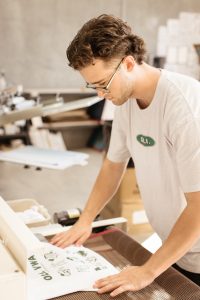 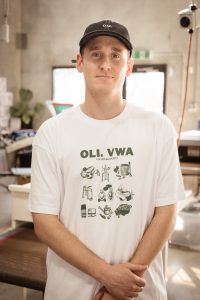 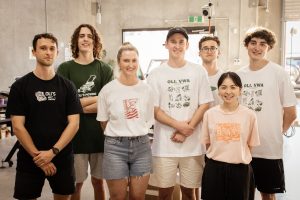